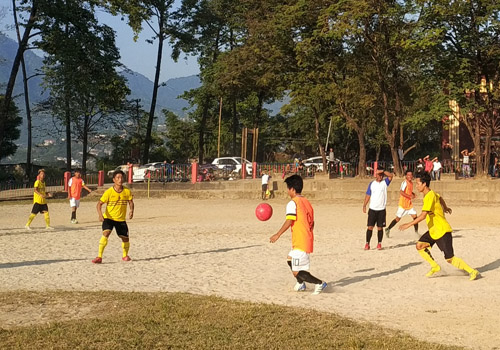 ITANAGAR, Oct 23: Rughu Sport’s Club (RSC) entered the semifinals by defeating last year’s defending champion KK FC through a penalty shootout (9-8) in the Vishwakarma Football Running Trophy tournament held here on Tuesday.
The result of the match was arrived at through penalty shootout as neither team could score a goal during the full time of the match. RSC is the first team to qualify for the semifinals.
Wednesday’s matches (3rd & 4th quarterfinals):
1. Champion FC vs Techi Rakesh FC: 2 pm
2. Sekey Colony FC vs CRY FC: 3:30 pm