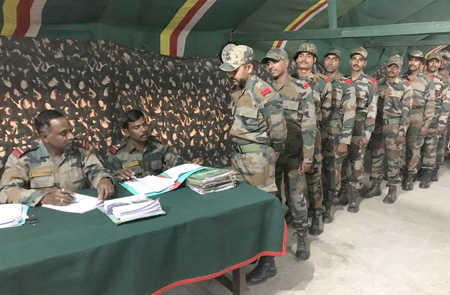 ITANAGAR, Apr 10: The Indian Army personnel deployed in eastern Arunachal and various parts of the northern states have cast their votes for the Lok Sabha election through electronically transmitted postal ballot (ETBP).
In the first phase, the army personnel deployed in Rayang (East Siang district) and Hayuliang and Kibithu (Anjaw) in Arunachal Pradesh, and towns like Dimapur in Nagaland, Leimakhong in Manipur, and Agartala in Tripura cast their votes, according a defence release.
Voting for other phases will be held once the ETBPs are uploaded by the Election Commission of India, the release said.