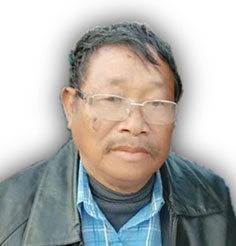 Pasighat East MLA Kaling Moyong expressed his deepest sorrows on learning about the demise of Bolem, who was also the former vice-president of the Pasighat Market Association.

He also extended condolences to the family members of the deceased while acknowledging Bolem’s rich contributions to society.

“Late Bolem was a prominent social figure in Pasighat, an active BJP worker and left an indelible mark in the society who had always been in the forefront in the service of the downtrodden, marginalized and needy people,” added Moyong in his condolence message.

Hundreds of mourners from all walks of life paid glowing tributes on Tuesday to Gao at his Mirku residence where he was laid to rest.

All business establishments in the city kept their shutters down today as a mark of respect to the departed soul. (AIPRO)