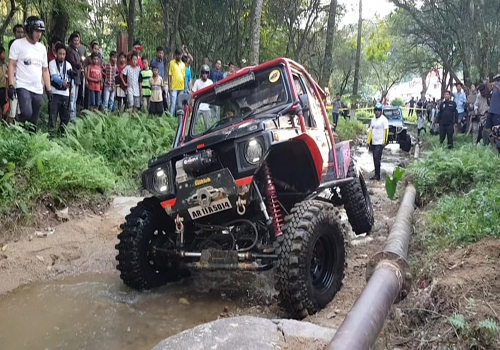 Staff Reporter
ITANAGAR, Sep 22: ‘Mayhem & Music’, a daylong event to promote off-roading in the state, was held at IG Park here on Saturday with the MOCA (Manabhum Off-road Club of Arunachal) boys from Namsai displaying their off-roading skills.
The organiser of the event, Abu Tayeng, informed that this was a promotional event in the run-up to the Orange Festival of Music & Adventure scheduled to be held in December in Dambuk in Lower Dibang Valley district, “and primarily to bring national off-roading events, such as the Rainforest Challenge, to the state.”
The event also saw local artistes such as Carolina Norbu, Manya Kaye, Karmo Nyodu, the pair of Anong Singpho and Oupseng Namchoom, DJ Bom, and Team Street Classy displaying their skills.