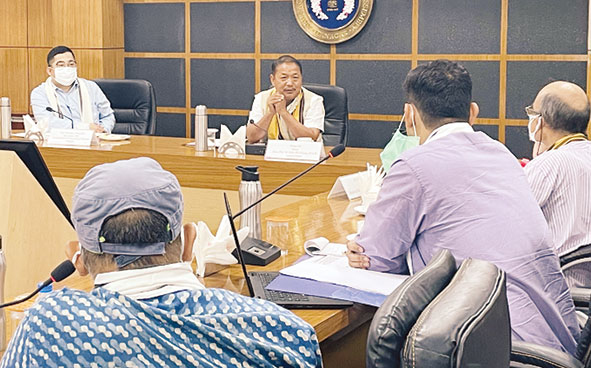 ITANAGAR, 13 Sep: Information & Public Relations (IPR) Minister Bamang Felix expressed dissatisfaction over the slow progress of construction of the Film & Television Institute (FTI) in Jollang Rakap and asked the central public works department (CPWD) here to complete it by 31 May, 2022.

Felix directed the CPWD to prepare a detailed action plan and comply with the revised deadline set for completion of the institute.

On Monday, the IPR minister held a coordination meeting with members of the Satyajit Ray Film & Television Institute (SRFTI) and officials of the CPWD and the directorate of information & public relations (DIPR) to review the progress of construction of the institute, and other related issues.

Felix directed the DIPR officials to visit the institute site every week to monitor the construction work and its progress.

“As of now, all residential structures of the institute have been completed and we have scheduled 31 March, 2022 as the final completion date,” he said.

SRFTI Director Prof Debasish Ghoshal informed that the issue of recruitment of 65 staffers – both teaching and non-teaching – in the NEFTI is being pursued with the union ministry of information & broadcasting, and that the appointments are likely to be sanctioned shortly.