ITANAGAR, 14 Apr: An order issued by the home department regarding job continuation of 8,257 police personnel has surfaced, inviting the question why there are so many police personnel and other employees in temporary positions in the Arunachal Pradesh Police (APP). 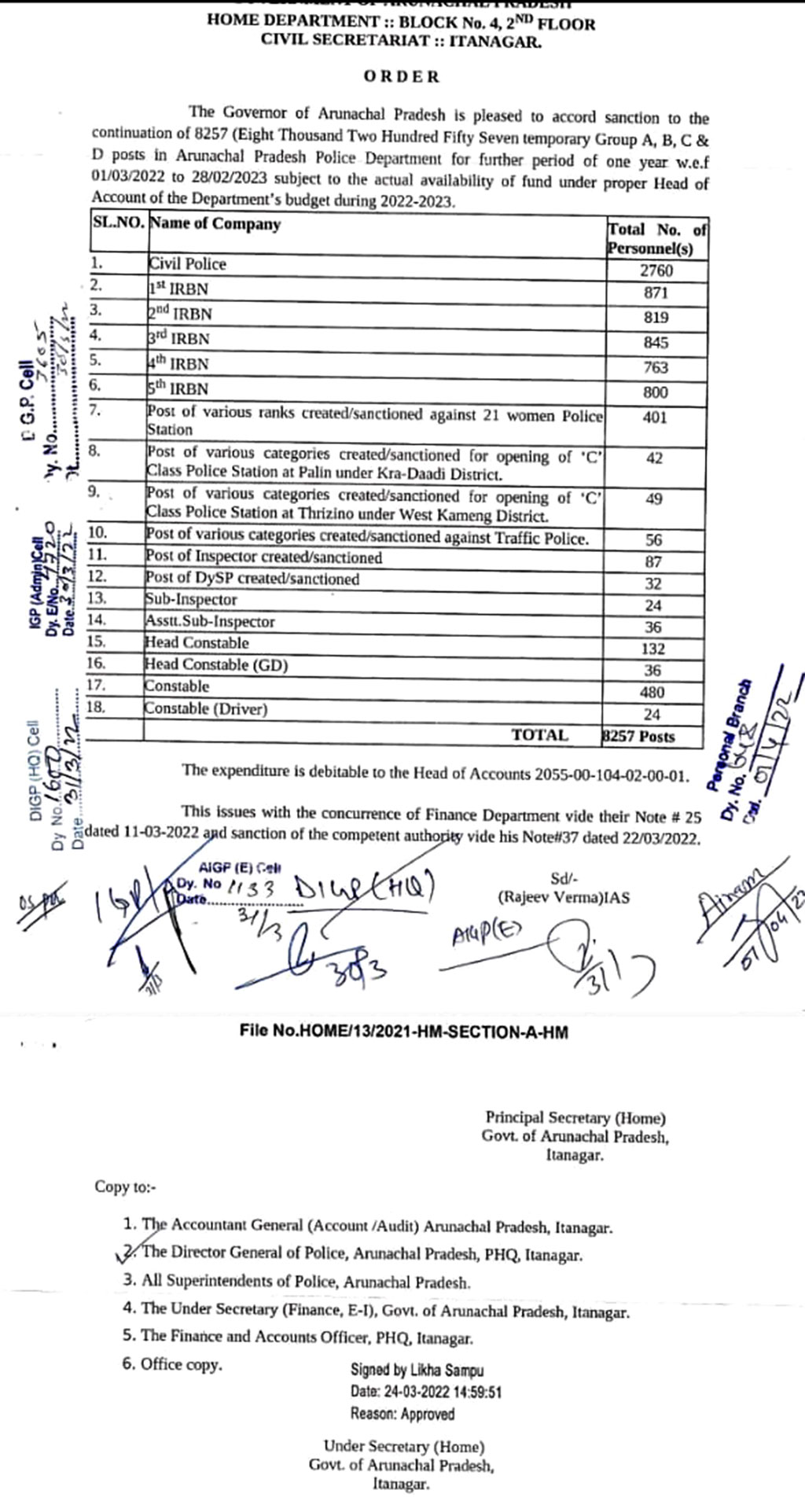 The order reads: “The governor of Arunachal Pradesh is pleased to accord sanction to the continuation of 8,257 temporary Group A, B, C, D posts in Arunachal Pradesh Police department for further period of one year, wef 01/03/2022 to 28/02/2023, subject to actual availability of fund under proper head of the account of the department’s budget during 2022-2023.”

Those in the list include 2,760 civil police personnel, 4,098 IRBn personnel, comprising five battalions, 401 personnel against 21 women police stations, and 91 sanctioned for the police stations in Palin in Kra Daadi district and Thrizino in West Kameng.

While the home department did not respond to a question from this daily regarding the large number of personnel appointed on a temporary basis instead of in permanent positions, the police department informed that, “As per GoAP instructions, every

department has to seek post continuation approval annually for non-stop drawal of monthly salary by temporary staff. The process for converting the remaining (existing) temporary posts to permanent posts is on/due for government approval.

“Earlier, all those temporary staff (posts) continuing for more than 10 years were subsequently declared as permanent staff (posts) automatically/subsequently in due course of time by government. The instant matter is not related to contractual job,” it said.

The sanctioned manpower strength for the police department is 15,289 as on date, it informed, adding that “initially, every sanctioned post is always temporary.”