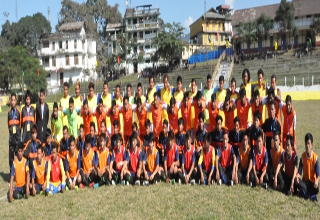 AALO 27: The qualifying round matches of the Tadar Tang State Level Football Tournament (TTSLFT) for zone four began at the General Ground on Monday.
West Siang played out a 1-1 draw against East Siang in the opening match.
The West Siang team took the lead through a penalty in the first half which was equalized by East Siang in the second half.
Besides East Siang and West Siang, the other two teams in zone-4 are Upper Siang and Siang. (DIPRO)