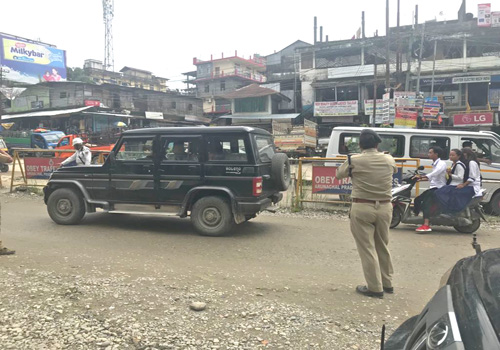 ITANAGAR, Aug 25: The capital complex administration and police on Saturday conducted an unannounced checking drive against traffic violators and challaned 89 violators under different sections of the Motor Vehicles Act and Rules.
Vehicles with dark tinted films were also challaned, in accordance with the Supreme Court order.
Itanagar CO Heera Panggeng, who led the drive, said the exercise was not meant only to impose fines on traffic violators but also to generate public awareness on safe driving, parking of vehicles in designated places, and such.
Deputy Commissioner Prince Dhawan said such checking drives would be carried out on a regular basis to ensure that the traffic rules are properly enforced. (DIPRO)