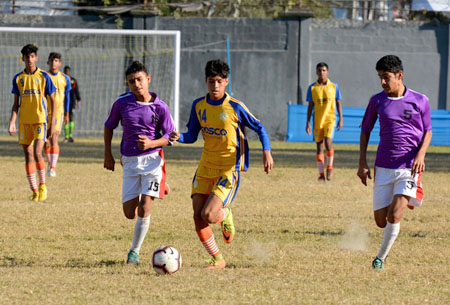 NAHARLAGUN, Dec 11: The stage is set for this Thursday’s semifinals of the Hero Sub-Junior National Football Championship (NFC) with Mizoram and Jharkhand joining host Arunachal Pradesh and Odisha in the last four.
Mizoram stormed into the semifinals as Pool B winner, defeating Jharkhand 4-0 in their last match.
In another match played earlier in the day, Haryana completed their group assignment with a 2-0 win over Goa.
However, both the teams exited from the championship.
The first semifinal will be played between Odisha and Jharkhand at 2 pm, while the second semifinal between Arunachal and Mizoram will be played under floodlights from 6 pm.