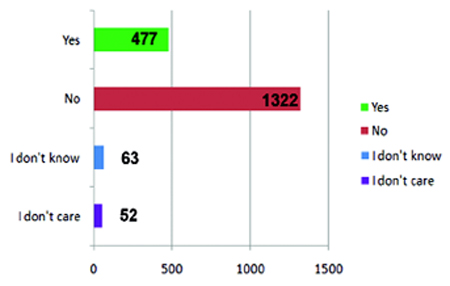 Is creation of so many districts justified in Arunachal Pradesh?

We reproduce some of the comments below.
1. We don’t need further new districts. The govt should focus on infrastructure development of existing districts instead of creating new districts.
2. Creating districts without creating sufficient infrastructure doesn’t serve the purpose.
3. Creating new district is clearly a political motive.
4. We need infrastructure development and human resource otherwise it will be same like those Congress days -upgrading secondary in higher secondary schools without teachers, opening colleges without assistant professors, and opening polytechnic college without network in the area.
5. Creation of districts is more like ‘divide and rule’ policy. Instead of strengthening the administration and enlarging the department coverage, our government is more interested in creation of districts which is not the need of the hour. Creation of district is mainly on the basis of the population of the particular tribe or community, which may lead to division among the people of Arunachal in the future. I fear regionalism would destroy the ‘unity in diversity’ of Arunachal.
6. Creation of many more districts is justified because the state and central governments will put a particular package for the overall development of the newly created districts. Moreover, job opportunity and administration on public will improve.
7. Arunachal should be divided into more than hundred districts so that every tribe in Arunachal gets equal opportunity in jobs.
8. Creation of more districts in AP is justified. There are many places in AP where DA is not easily accessible, which directly or indirectly hampers smooth administration. With the creation of new districts there will be avenues for new jobs.
9. When most subdivisions are already helmed by an independent ADC, there is no need to create more districts. Population and area criteria are not being considered. Politics and ethnic considerations should not be the sole reasons for district creation. It is more desirable to improve and strengthen infrastructure and facilities of existing districts, rather than wasting money on creation of new ones.
10. Creation of new districts will further increase burden on the state exchequer, leaving behind a trail of economic disparity. Arunachal Pradesh will become more dependent on the Centre to cater various services. This trend of creating new districts may result in a suicidal mission in near future if political equation of the centre isn’t in favour of the state.
11. Creating districts for efficient and effective administrative deliverance is a welcome step. However, districts should not be created based on a certain community inhabiting an area and the boundary of such districts mark the dividing line from its neighbouring community. Creation of a district should not disrupt the bonhomie shared between two neighbouring communities.
12. Just because new districts can be created it doesn’t mean that they should be created. Our state has no self income and is fully dependent on centre for funds. Carving out numerous districts will put more pressure on the Centre as well as the state.
13. When already existing districts are suffering from fund crunch, creating new districts randomly is not wise. Just to win the vote of the mass and to keep the MLAs loyal, the CM should not make blunders. Dark days are hovering above us. Arunachal is going through a very challenging stage. God, keep us safe!
14. It is not a healthy step to have so many districts having least populace. It is just an organised system to plunder public money in the name of infrastructural development of so-called newly created districts by people in power.
15. It is division of Arunachal on the basis of language and tribe. It is more like divide and rule.
16. There will be extra financial burden on the state government without any benefit to the community for whom it is intended to create. Creations of new district should be based on economic consideration after carefully studying the viability to exist as an independent unit.
17. Creating districts without proper infrastructure and no job creation against newly created districts shows that the present government is not concerned about the smooth functioning of departments and rather wants to obtain political mileage only. If new district is created, then accordingly required strength of govt staff should also be posted in the said districts.
18. Instead of integrating through development, government is encouraging division of people by making hasty decisions. Their focus is not on development-oriented policy, but rather on vote banks. Nothing new will be achieved. Polarisation and alienation of people will continue.
19. Creating numerous districts in a dependent state like ours having no adequate internal source of revenue is the biggest mistake ever being made by the government for its political mileage. Yes, the trend is clear that every community will come up with endless demands for their own districts in the days to come. The peaceful state is being chopped hard on communal lines, which is really undesirable.
20. Yes, based on topography of area, districts need to be created in Arunachal.

Assam and Arunachal Pradesh will be able to resolve the boundary issues permanently.

All tribes of Arunachal should digitise their folktales and knowledge passed down by their ancestors.