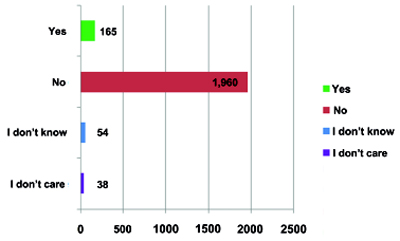 Comments:
1. Oh, come on! That’s a good joke. APPSC and efficiency are a metaphor of night and day. Satisfaction from them is nowhere even a valid question.
2. The APPSC has not been ale to conduct a single exam freely and fairly in spite of it being the epitome of examination bodies. The APPSC has now become a liability to the state, period.

Will you vote for money or the party ideology during the panchayat and municipal elections?

The violence in Vijaynagar was not justified.

Do you think that authorities are successful in strictly regulating prices of vegetables and essential commodities in state’s various markets?