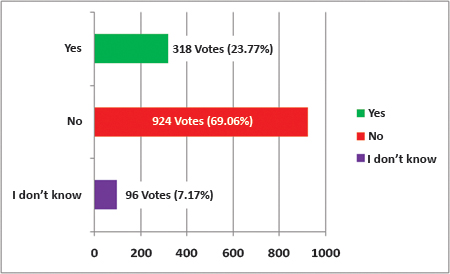 1. A decaying society.
2. The cause for the recent Anti-PRC protests may have been genuine but the uncivilized mentality of the people came to the fore when they started daylight looting of various shops, benefiting from the chaos the protests had thrown the town into. A civilised society doesn’t behave in such a manner and to hear that most of the looters were young teens highlights a sorry picture for Arunachal and its future. I pray time heals the wounds that the protests have given to this land and let civil sense prevail for the collective good.

3. We are not civil at all. We are still in the process of getting there. A lot has to be done to teach the masses about social responsibilities. For instance the govt property is our own property. Hence we should not damage them. Secondly, traffic sense should be instilled. Thirdly, we lack civic sense. We should not litter or paint the town red with gutkas. Fourthly, communal feeling should go. It will harm more than do well. The list will go on.
4. As long as I find an Arunachalee hurling discriminatory comments and hatred towards another Arunachalee person of other tribe, and as long as I find people dropping litters in the streets from their luxurious SUVs, I’m not going to consider any Arunachalee society as civil. The Arunachalee society has come a long way economically but socially and mentally, it still has a long journey to make to be at par with societies of developed nation.
5. It’s very clear how “civil” we are as a society based on the recent violent display. No matter how genuine is the cause, it does not give anyone any rights to damage people’s livelihood. I am not talking about rich politicians but common people making a living out of running shops, small businesses. By damaging public properties, we are in a way wasting our own money. One of the saddest observations during the whole violent incident was singling out communities and threatening to use violence against anyone belonging to those communities. It is very evident that our so-called “Unity in diversity” is fake and it is very easy for us to blame/shame other communities. The rising mob culture in our state is one of the most dangerous threats to maintaining peace.
6. I don’t know. By seeing present scenario and mindset of AP denizen, we need introspection.
7. The recent happenings disproved any chance of our state being called a ‘civil society’.
8. We Arunachalees are still savage in nature. Seeing the opportunists going on looting spree, nobody will agree that our society is a civic one. We are not at all civilized. Very disheartening to read about the losses that the public, shopkeepers, businessperson had incurred during the last PRC mayhem. It is very shameful of us! God will see those opportunists and hopefully punish them. Hope we get more civilized, or we are going to doom someday with such a mentally!
9. Arunachal has learnt bandh cultures from other states. In the recent bandh unscrupulous elements have taken chance to loot shops. In future, public should discourage bandh calls. Recent PRC bandh has shown loss on all accounts.
10. Arunachalees may obtain highest degree, highest post in job, may own bungalow or flat in metro cities but their civic sense is big ZERO.
11. No society is civil in true sense.
12. It’s a society which tries really hard to maintain a civil outlook but fails miserably every time.
13. We are still in primitive state.
14. All are biased towards their own community even if they are wrong or prejudiced.
15. It will be wrong to judge after anti-PRC movement which happened recently. Whatever happened was publics anger on govt. decision. Govt could have shown more sense and should not have tabled the discussion in the assembly. When you see your future suffering from wrong decision of a government, how will you stay silent? We have to come out at streets to fight for our rights.
16. We are civil in much better way in comparison to mainland. But we are also intolerant when injustices are meted out by Govt. and its agencies.
17. Recent rioting, looting and damage of public and private properties speaks how civilized we are.
18. We are civil till it serves our purposes. We all are true till the truth serves our self-interests. We as a society never got time to evolve naturally rather it occurred as an accident. We are still gathering ourselves from that accident and until all haven’t been put together, we can never be civil in true sense.
19. It might take few decades to become a civilized society.
20. As the saying goes “little knowledge is very dangerous”. The society which is dictated by the wave of mob and people with empty knowledge is leading the society. How can it be termed as civil society? Civil society is one where people keep strict vigil upon the day to day happenings of the society and act according to the set rules of the constitution. I don’t think constitutional law prevails in Arunachal Pradesh.
21. While a direct yes or no cannot be answered, the answer would go by majority. Psuedo civil would aptly describe the majority of Arunachal’s population. This trend however is not only observed in tribal society migrating to a civil one, tribalism which often turns extreme in the form of egoism, sectarianism, communalism etc is very much visible. There is a fear which has been fed though generations which still persists even though not as prominent as it used to be. This fear again is the result of lack of proper awareness and education. Long going underdevelopment of the majority at the cost of a flourishing few. Lack of the basic understanding that ‘we are all one – humans first’. Exploitation by power hungry and inefficiency of those in power. Though the day is not far when Arunachal Pradesh will truly be one civil society.

The state government should relax the criteria for Covaxin vaccination for young people without identification proof.

Taking the census of only the Chakmas and Hajongs is illegal.

AFSPA should be repealed.