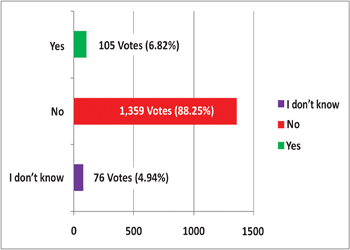 1. Who knows, those who are in the government might be using the NSCN for their own interests. Anyone who can rationalize a bit knows that the so-called freedom fighters for ‘Greater Nagaland’ are not at all freedom fighters but terrorists who torture innocent villagers and demand ransom from the public. They are either coward freedom fighters who don’t dare to attack the Indian Army, or are sponsored by the military and used by political parties for their self-interests.
2. The NSCN factions should be wiped out from the state once and for all.
3. Does the central government have any idea that its employees have to pay 2% to the NSCN factions?
4. What happened to the Naga Accord?
5. The AFSPA was deployed in the TCL region but the NSCN factions are exercising their plans. This year’s violence by the insurgents is a pointer that the central and the state governments are not doing enough to restrain the atrocities. It is time for more Special Forces and a hard-and-fast strategy to annihilate the sources of gruesome bloodshed.
6. The NSCN should be wiped out forever for the greater peace of the citizens of Nagaland, Manipur, Assam and Arunachal. RIP to all the counted and uncounted souls who have been killed by them till now.
7. The central government should really look into this matter. Today, at every doorstep you find a hooligan who is suspected to be a member of the NSCN. Employees don’t even want to go there. Such is the effect.
8. I don’t think sufficient action and measures have been taken. People are killed, and they are forgotten after a few days. The state government and the central government must take strong action against the NSCN. Evil people have no place in the society.
9. More than the government, it’s the local population who need to fight tooth and nail against these insurgents. Yes, there will be loss of lives; floods of blood will flow, but revolution demands blood and sacrifice. If the TCL people want relief from insurgency, they will have to clean their houses. Government support is vital, as well.
10. They are fed by our elected members.
11. If yes, then the barbaric killing of Tirong Aboh and 10 others on 21/5/19 would not have happened.
12. I think the government is not doing enough. It is not formulating enough strategies for a decisive negotiation. I think it is not offering enough in exchange for surrender. I am sure many youths are stuck in the jungles out of unemployment and are hoping to come out someday and live normal lives with their families and friends; or maybe the government is the one feeding them for political gains. The recent incident kind of indicates that.
13. Nothing is being done by the central and the state governments.
14. You guys can’t be serious. The government sponsors them – why would it stop them? Please stop with your ‘yes’, ‘no’, or ‘don’t know’-style opinion polls. Come up with better ones.
15. The recent killing of an MLA along with other members near Khonsa shows intelligence failure, and lack of awareness of the state and central governments and the central forces.
16. Until and unless the denizens discourage them with true hearts, even the mightiest army won’t be able to do anything.
17. Not at all, as most of the insurgent outfits are roaming freely in the TCL districts. Government officials are being extorted. The security has totally failed in terms of intelligence as well as force. The security personnel’s only duty is to harass the common public. They know the camps and hideouts of the insurgent groups but will never try to put an end to the problem. They seem to be selling time to the insurgent groups to get stronger and collect more local revenue in the name of ‘Greater Nagalim’.
18. The central and state governments are doing nothing. They must flush out the terrorists without any fear or favour.
19. The central government knows the exact locations of the NSCN militants along the Indo-Myanmar border through its intelligence inputs, but alas, assassination takes place time and again.
20. The NSCN (IM) should be done away with for good. If they think they can dominate, they also need to learn to accommodate and give shelter and protection, no matter who is opposed to them.
21. The NSCN factions are roaming freely in the TCL region under the protection of a ceasefire, but they are working freely to integrate Naga territorial integrity by creating fear psychosis among the local populace of TCL. If anybody challenges their authority, they are sent to the heavenly abode. This is what happened with late Tirong Aboh. The situation is known to the state as well as the national home ministry, but they are just bothered about their own businesses, playing safe and neglecting the pain and agony of locals of TCL.
22. Doing nothing. Underground outfits are running a parallel government in the eastern states of Arunachal.
23. Complete annihilation of the NSCN is the need of the hour.
24. No serious initiative has been taken up by the government. Only eyewash exercise to fool the public has been taken up intermittently whenever there has been mass public outcry.