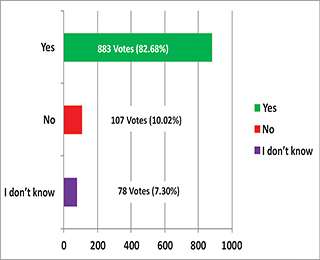 1. Unless the local people stop helping the insurgents, no operation can wipe it out from TCL.
2. The APP and the IRBn are sitting ducks, and the army is helpless and clueless. They act smart in front of civilians and not with militants.
3. The Indian Army knows where the NSCN militants hide. This time, the Indian Army must know that the gaon burahs and youths in the villages are being threatened by the NSCN factions. They are forced to carry the luggage of these evil people, and they are used as shields to fight the Indian Army in case there is an encounter. So, it is the responsibility of the Indian Army to understand the situation of the village youths and gaon burahs and not mercilessly torture them. Indian Army, please do not reduce it to eyewash.
4. Not to speak of the police, the army, too, is scared of acting against the NSCN unless otherwise compelled and their own security is ensured. Tirap district has become a source of earning for these organisations. The situation has come to such a pass that candidates who are not backed by these organisations are bound to lose in elections.
5. Unless the operation is successful, the public will just consider it eyewash. If Pakistani terrorists stationed outside the border can be eliminated, why can’t the government and the military eliminate the base of the NSCN located inside the country?
6. Yes, it is only eyewash. If it was real, it would have been followed by the news of nabbing and killing of NSCN terrorists, but there is no news or result of the operation.
7. It was an operation of complete failure, which resulted in nothing at all. The security forces did nothing against the NSCN, just went for taking selfies through which they wanted to show us that the duty was being done. In fact, it reflects that they take such incidents very lightly while the denizens have been repeatedly killed by the NSCN. Is there no confidentiality in a serious operation?
8. No result, therefore an inquiry committee will be formed. Again justice will be delayed, again there will be protests by the justice seekers, again a CBI inquiry will be sought, again the CBI will take up the case, and again it’ll take time, and again, subsequently, reject the case by terming it a political murder. Thus ends the long drama.
9. Age-old strategy used by politicians to calm down the public.
10. The security forces have not cracked down on a single militant till date after the operation was launched.
11. The Indian Army’s guerilla warfare is no match for these militants who know the jungles. The operation announced is eyewash.
12. As long as the central government doesn’t investigate such hideous act of brutal assassination, it can’t be brought to any conclusion.
13. The Indian Army is not a joke. If the want they can destroy the whole of said organisations, but here we are, writing this.
14. I think it’s more of an eyewash as the ceasefire continues between the government and the NSCN, and nothing more.
15. It is easy to mislead people and quote imagined sources.
16. If these elements are not curtailed completely, this will spread to other parts of the state, and the incident which occurred on 22 May will occur again in the near future. Removing the NSCN permanently is the only solution.