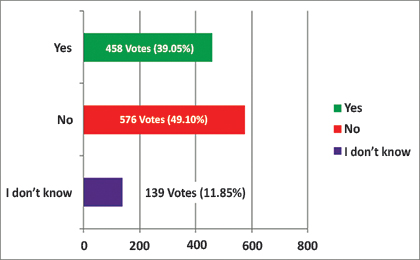 1. With no woman in the cabinet, it is far from being satisfactory. Patriarchy overloaded!
2. No equal representation; some tribes have been given three and others zero. The portfolios have also not been equally distributed, based on the location and the importance of the portfolios.
3. No. In my view, there should have been at least one woman legislator in the cabinet. In the spirit of parity and gender equality, the presence of a woman would add more say in good governance as well as in the ‘Sabka saath, sabka vikas’ mantra. Having enough representatives, ie, three women lawmakers, and not allotting a single seat to them means demeaning the equality and women empowerment.

4. Seniority and experience not counted. It seems some of the ministerial berths were bought by those who had fat purses and, overall, the RSS had a lot of say in the allocation of portfolios. It does not augur well for a secular India and AP.
5. Tumke Bagra, who has vast experience in power, PHE and PWD, should have been given a seat, too, seeing his calibre.
6. It is astonishing to see two first-timers in the cabinet. Otherwise, the rest are deserving.
7. Some of the cabinet members don’t deserve their posts. The Khandu government should have taken proper opinion from experts.
8. Some district s are underrepresented. What could be the reason for allotting two ministerial posts in one district? Women’s representation could have been considered.
9. Only the trusted MLAs of CM Pema Khandu have been inducted in the new cabinet, overlooking the abilities. New faces have not been given a chance.
10. Money always wins in Arunachal Pradesh, so, whoever is chosen as a cabinet member, nothing is going to change. Corruption will be alive always.
11. Just out of curiosity, based on which criteria did they decide the portfolios of the ministers? If they assign randomly or choose their own personal favourites, this would be against the larger interest of the public. Do you even read the comment?
12. Of course this was the best dish to be served on the table. But the fact remains that every MLA has some priorities and special people who matter to them the most. Let the common public, student unions and NGOs remain vigilant to avoid corruption and nepotism by these ministers.
13. Newcomers have been inducted in the cabinet, whereas seniors have been neglected.
14. Competent candidates were neglected in the selection of portfolios.
15. Time will reveal the intention of our new cabinet ministers. Can’t say anything right now.
16. New government formed. Arunachal will develop definitely. New. Development will take place.
17. Don’t know. The cabinet is just formed. Let’s see how they steer the development of the state in the right direction.
18. Not at all, since not a single woman has been given representation in the state cabinet. The state government should follow the policy of the BJD government in Odisha, wherein they have given 33 percent reservation to women in the state assembly. Moreover, if not 33 percent, at least a woman member of the state legislative must have been included in the present cabinet.