ITANAGAR, Aug 9: The National Investigation Agency (NIA) has for the first time released the names and photographs of the persons believed to have been involved in the gruesome massacre of MLA Tirong Aboh and 10 others near Bogapani in Tirap district on 21 May.
In a lookout notice that it issued, the NIA has named five militants, and announced rewards for anyone who provides information about them. Though the NIA could not be contacted, state police sources said the notice is genuine and all the people named in it are currently absconding.
The militants against whom the lookout notice has been issued are self-styled (SS) kilonser Ravi Wangno, SS captain Ellie Ketok, SS major general Absolon Tangkhul, SS captain Victor Tangkhul, and SS lieutenant colonel Apem. 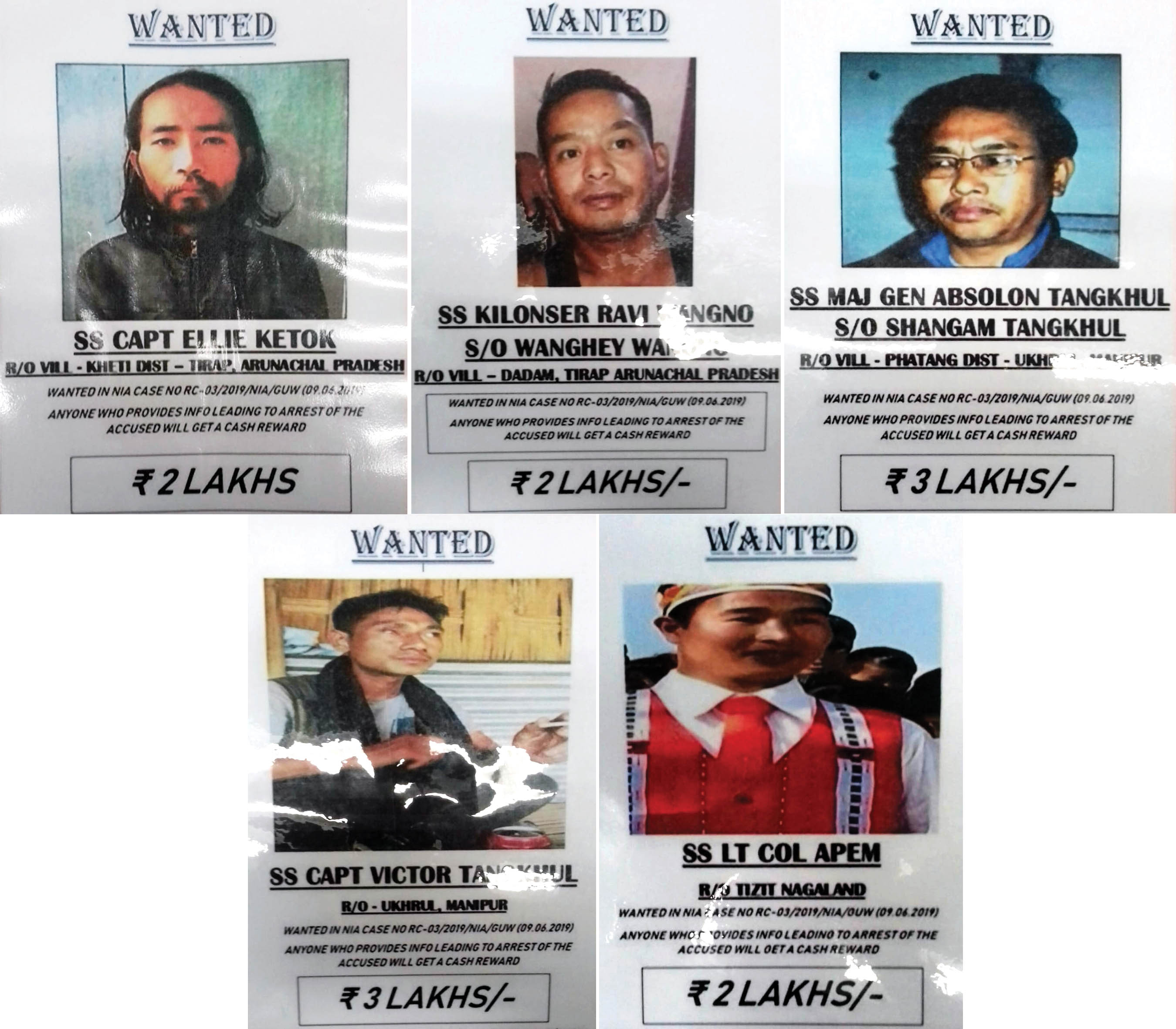 The NIA has announced bounties of Rs 3 lakhs each for Absolon Tangkhul and Victor Tangkhul, while Ravi Wangno, Ellie Ketok and Apem carry bounties of Rs 2 lakhs each on their heads.
Ravi Wangno and Ellie Ketok are natives of Tirap district. Incidentally, Wangno hails from Dadam, the same village to which late Aboh also belonged. Absolon Tangkhul and Victor Tangkhul are from Ukhrul district in Manipur, while Apem is from Nagaland. All of them are reportedly operatives of the NSCN (IM).
Police sources informed that Absolon Tangkhul had been named in the assassination of former MP Wangcha Rajkumar also, and is reportedly now out on bail.
Aboh was shot dead along with his son, family members, and others near Bogapani while they were returning from Dibrugarh in Assam. The incident took place just days before the declaration of the assembly election results in Khonsa.
Aboh retained the Khonsa West seat, defeating Phawang Lowang of the BJP.
Even though the NSCN (IM) distanced itself from the killing, the NIA, which is investigating the case, has named several of its operatives as suspects in the massacre.
The NSCN (IM) is currently engaged in peace talks with the government of India. It had signed a peace accord with the government of India in 2015.