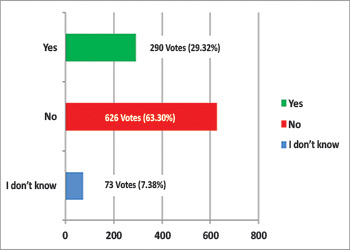 1. For true democracy, power should be with the chief minister not the governor. Article 371 gives power to the governor to undermine the chief minister.
2. Article 371 (H) grants no special rights as that of 371 (A). It’s just eyewash.
3. Yes, instead of this article, our state government, NGOs, student unions and public should demand for the a special article which could work as a safeguard to our indigenous people and tribal cultures and traditions from exploitation by outsiders like that in the states of Nagaland (371-A) and Mizoram (371-G).
4. Special provision is actually not needed.
5. Auctioning of our resources without our knowledge in disguise of Article 371(H). Need to be done away with.
6. We need our own provision in order to secure the future of Arunachal Pradesh.
7. It gives unlimited power to the governor, which is no longer needed in state.
8. ILP is misunderstood in AP. The local people think they are super citizens and the GoI can never alter it. The APP personnel doing duty at check gates are very rude and insensitive towards ILP holders. They use words like “Local hain ki broiler hain? Broiler log apna apna pass nikalo.” Now imagine, are these words not derogatory? If a small thing happens to a tribal, organisations take to the streets, shouting that injustice has happened. But your policemen are welcoming tourists at the gate by saying “Hey broiler lug apna pas dikhao.”
9. Article 371 (H) has no clause like Nagaland and Mizoram, which guarantees us with certain tribal rights. Our only safeguard is the Bengal Eastern Frontier Regulation, 1873. So, instead of 371 (H), the latter should be safeguarded. But I can’t trust the present government as its motto of uniform civil code will only be successful if these laws are removed.