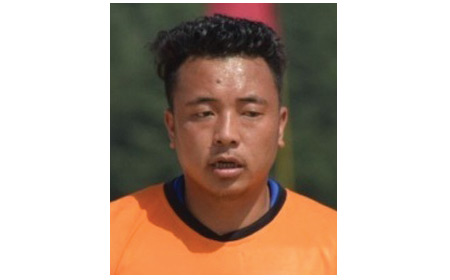 ZIRO, Sep 16: Renowned footballer of the state, Mihin Pulo, passed away here in Lower Subansiri district on Monday.
Pulo had represented Arunachal Pradesh three times each in the Santosh Trophy for the Senior National Football Championship and the Dr T Ao Football Trophy tournament.
He had also participated in the state’s top football event, the Tadar Tang Memorial Football Tournament, 10 times.
He was the winner of the ‘golden boot’ in the 11th edition of the Tadar Tang Memorial Football Tournament, the best player of the Central Dree Festival Committee (CDFC) Football Tournament in 2010, 2012, 2014 and 2017, the best player and the highest scorer in the Apatani Soccer League in 2018, and highest scorer in the CDFC football tournament in 2011 and 2016.
The Lower Subansiri District Football Association (LSDFA) has expressed profound grief and sorrow over Pulo’s demise.
“His untimely death is a great loss for football in Arunachal Pradesh,” said the LSDFA in a condolence message, and prayed for eternal peace of the departed soul.