ITANAGAR, Feb 7: The Indrajit Namchoom Arunachal League (INAL)-2020 will begin on 12 February with a match between Gora Makik SC and Todo United FC at the Sangay Lhaden Sports Academy (SLSA) playground in Chimpu.
Six teams will feature in the first edition of the INAL, which will be played in the league-cum-knockout format. The other teams are Keyi Panyor FC, Bamang Taji FC, Capital Complex FC and Kargu Kardi FC.
Nineteen matches will be played during the month-long league, and the final will be held on 14 March.
The INAL (formerly the Arunachal Super League) was inaugurated by Deputy Chief Minister Chowna Mein on 26 January in Namsai.
Football player-turned-politician Namchoom was a renowned football player of the Northeast and had represented Indian Junior in two international championships, held in Saigon (Vietnam) and Malaysia in 1964.
He played for Gauhati Town Club from 1962 to 1969, and became the youngest player to represent Assam in the Santosh Trophy in 1959. Namchoom was the captain of the Assam Santosh Trophy team in 1963 and 1964. 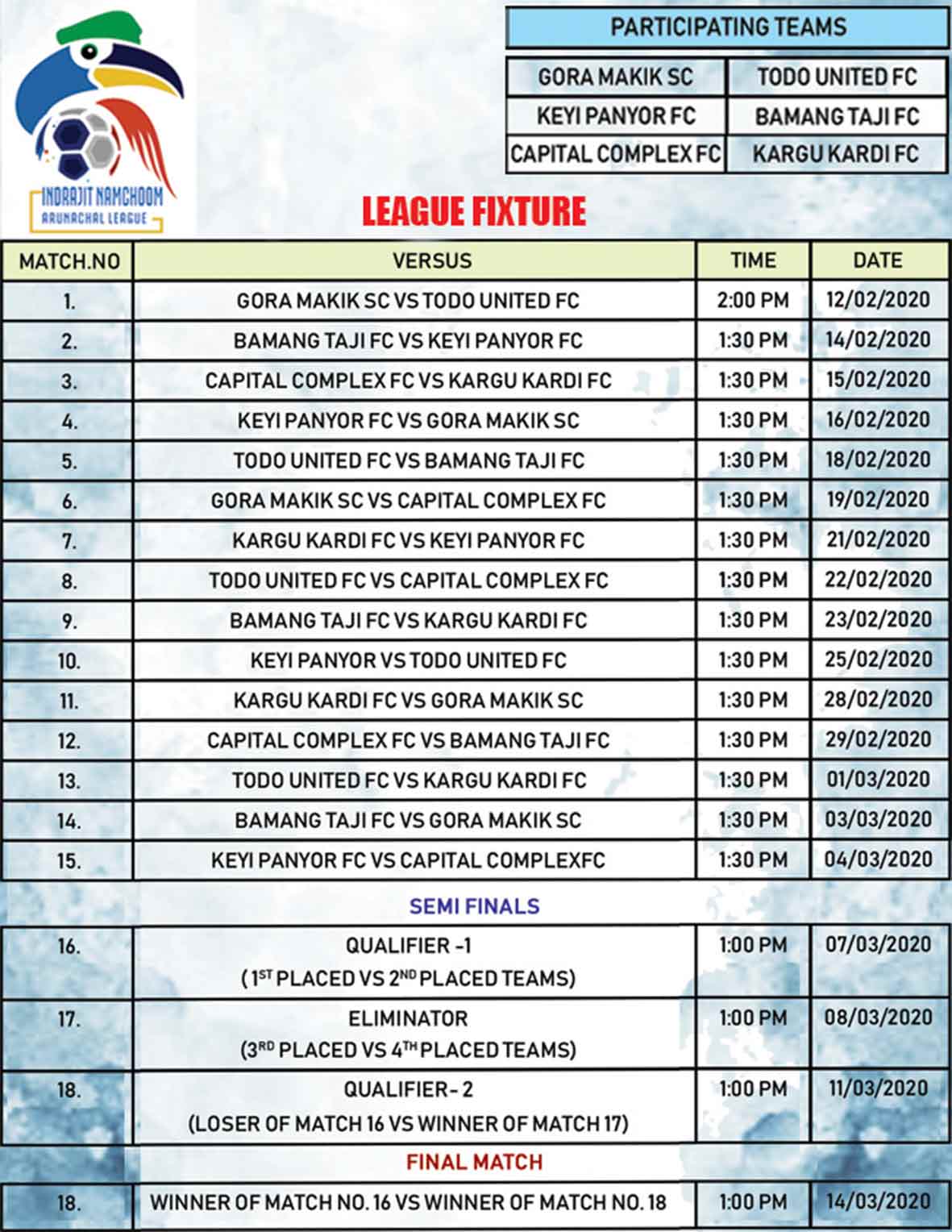