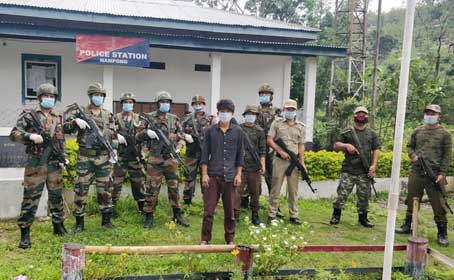 Hasik was arrested following a joint operation launched by the Changlang police and the 19 Assam Rifles in the village, where he had been hiding.
A case under Section 384 IPC has been registered against him at the police station here.
The operation was supervised by Changlang SP Mihin Gambo, and the team was led by Nampong PS OC, Sub-Inspector T Thingnok.