ITANAGAR, April 30: Beauty parlours, spas, and salons were the first ones to close business as a precautionary measure in Arunachal, following the outbreak of Covid-19 in India. 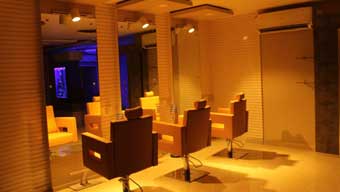 With no certainty yet and physical distancing being projected as the key measure against the spread of Covid-19, they will perhaps be the last ones to reopen, which means that many will be left struggling for a longer period.
“Our industry mainly consists of services involving physical proximity, like haircuts, facials, massage, etc. So, it will be very difficult for us to have the normal type of business till a definite cure or vaccine has been found,” says Tadar Jimpy of Senses Spa n Salon, in Naharlagun.
“Putting the business on hold for such a long period has rattled us,” she says.
The upscale popular spa and salon was able to pay full salaries to its employees for March, though the administration shut down all the spas and salons in the middle of the month.
“Without any income in April, we won’t be able to pay full salaries but partial salaries, so that their monthly essentials are met,” Jimpy says.
‘Senses’ has 17 fulltime employees. Jimpy foresees that it is going to be a tough time for the beauty industry.
Anung Loya of The Hairdresser, in Bank Tinali, Itanagar, says that she is unsure about the future.
“Even though I am hopeful that my salon will recover its losses, I am still not fully certain,” she says.
Anung, who has six employees, says paying the staff is not easy. She says that salaries were paid to all her employees in the first month of the lockdown, but that it is getting tough now.
“With the situation getting worse and no revenue being generated, I have to gather all my resources to pay them because I know some of them solely depend on this salary,” she says.
VIP Salon in Itanagar has seven employees. The salon’s owner says that he is not able to pay salaries to the employees “but food and other essential items have been provided to them, and their rents have been taken care of.”
A barber in Naharlagun, who has four employees, says that he has not been able to pay any of them, and that he is struggling to pay the rent for the shop itself.
“I have requested the shop owner to wait for the rent till business reopens, but I have not heard anything yet from her,” he says.
Another parlour owner says that she has not been able to pay the rent for the establishment that she runs from her home.
Some people have taken loans to set up their businesses. With the complete halt on business, they are struggling to repay the loans. They wish for some relaxation with regard to repayment.
Anung says that many salons are indebted to banks, and with the sudden halt in business it has become even more difficult to pay back the loans.
She says relaxation on loans by banks would be of help.
“In such difficult times, the banks that we’ve trusted so much can help us immensely,” Anung says.
Jimpy says: “We raised the finances ourselves and haven’t taken any bank loan for this business. But of course, it (help from the banks) will greatly provide relief to all those who may have availed loans.”
The once booming beauty industry, a major provider of jobs to many young women in the state, now looks to the government for help.
“The government must step in and provide aid, especially for the employees. Employers such as us cannot afford paying salaries, even partial, for much long. Any help from the government will ensure that our employees will be fed for a longer time,” says Jimpy.
Anung agrees.
She says that the government can help by “urging banks to either relax the loans or waive off a month’s EMI, or provide an alternative to help sustain the business while we remain closed.”
There are more than 300 such establishments in the capital alone. The industry is a major job provider outside the government and is a hub for self-employment.
With time, perhaps it will be business as usual, but for now everybody is grappling with insecurity and their jobs on hold, with massive financial implications for employers, employees and hundreds of families that depend on the hard work of the industry.