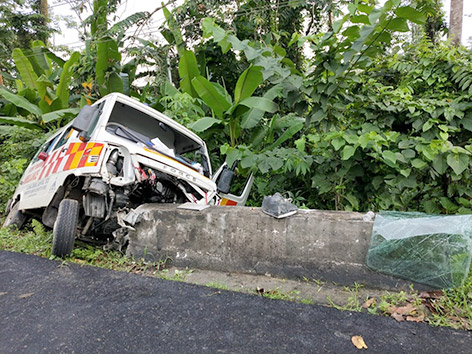 ITANAGAR, Jul 4: Sangpula Tayo, a contingency driver attached with the zonal general hospital in Lohit HQ Tezu, died in a road accident at Lathao on Saturday morning.
The accident occurred when Tayo was returning after dropping swab samples off at the ICMR laboratory in Dibrugarh (Assam). He was brought to the Namsai hospital in a critical condition, and later succumbed to his injuries.
Tayo had been engaged in Covid-19 duty since 18 April. He is survived by his wife and a child.
Chief Minister Pema Khandu expressed shock and sorrow over the death of the frontline worker and conveyed his heartfelt condolences to the bereaved family.
“The state and its people are with the bereaved family during these trying times,” he said.
Assuring the family of all possible support from the government, the CM directed the Lohit DC to “immediately process for granting ex gratia relief to the bereaved family.” (CM’s PR Cell)