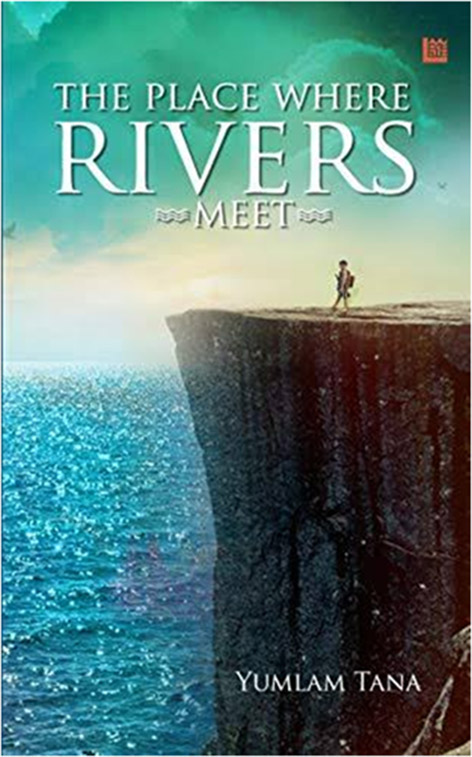 The Place Where Rivers Meet

Yumlam Tana is a towering name in the literary world of Arunachal Pradesh. His works are manifestations of Arunachalee culture, religion, tradition and belief. They offer an enriching scope to understand the aboriginal culture of Arunachal Pradesh. His explosive debut novel, The Place Where Rivers Meet, fizzes with superstitious beliefs, intervention of supernatural power, myths and legends that propel the main action in the story. As one reads on, one will find Tana ascending into the orbit of Chinua Achebe.

The book is a grotesque tale of revenge and murder. The story pivots around the life and death of the protagonist, Patey Kiki. He is murdered before the story grabs its acceleration. The dead soul seeks out the reason of his murder. His quarry soon launches the reader into layers of sordid tales of vengeance: Nyub, the shaman, who wants to avenge for his bested love, the curse of the widowed bird, and star-crossed lovers.

The story slips easily between the past and the present. The narration is presented through the eyes of Patey Kiki, the homodiegetic narrator. He recounts the tale in the back-story mode, which unfolds the various characters and events, unveiling the motive behind the saga of violence. His quest unravels the abuse of power and breathing deceit at all levels of society, making life hollow and miserable for those who are powerless. The line, ‘cried silent tears for the good times never meant to be mine’ echoes the gloomy landscape of unfulfilled desires of core characters in the story.

The book also sheds light on sneaky sexism that blurs the identity of women in the society as Tana writes, ‘it was an accepted fact among our men that female in society was to be pliant and docile wife only.’ He discards the flawed value system where men are often hailed for their sexual vigour while women are shamed. Through the character of Mipi Kiki, Tana put forwards his unapologetic and honest view on women sexuality: ‘one who also craved constant attention from men and sought their love and body warmth as anyone of her kind. But it wasn’t from her old husband. It could be never him. He was too old.’

Tana is an eloquent storyteller. His brilliant skill to blend fact and fiction makes his work an incredible read. If we talk about the dim side of the work, personally I feel the character of Nyub, who played a critical role, needed a bit more execution. For we love novels not only for the story but also for the characters, evil or good. However, despite his brief appearance with his Machiavellian traits, Nyub does not fail to make his strong impression. (Yater Nyokir is a member of the Arunachal Pradesh Literary Society.)