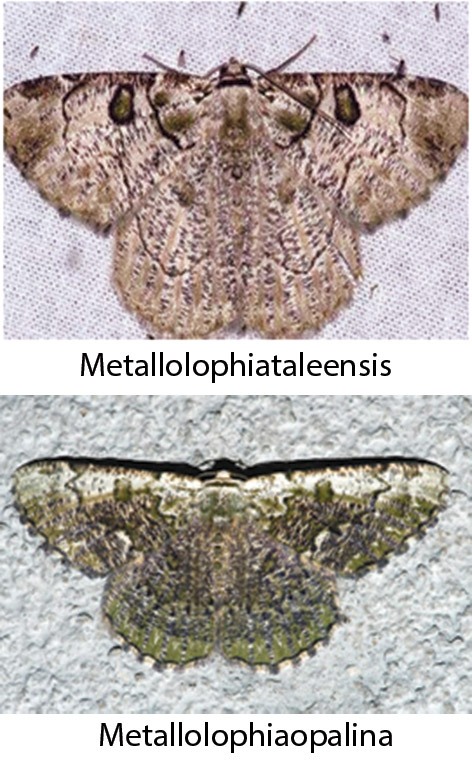 ZIRO, Aug 30: A group of butterfly and moth researchers have found a new moth species and rediscovered another after more than 100 years in the Tale Wildlife Sanctuary (TWS) in Lower Subansiri district.

The findings have been published in the international journal Zootaxa this month.

The new moth species, a metallolophiataleensis, has been named after the TWS. It was found in August last year.

Metallolophiataleensis can be distinguished from other species in the same genus by the presence of a prominent black-edged oval green spot on the upper side forewing and a smaller spot on the hindwing.

The group also rediscovered metallopjoaopalina in the TWS. It was last seen in Sikkim and Nepal in 1890s.

Both the species belong to the genus Metallolphia, of which 16 species are found across the world and three in India.

In 2017, another moth species, the Apatani Glory (Elcysma ziroensis) was discovered in TWS.

The discovery of the moth species has generated a lot of interest among wildlife enthusiasts. These discoveries point to the fact that there is a lot left to discover in the wilds in Arunachal in general and the TWS in particular, said the Hapoli DFO.

“We need to preserve and study habitats such as Tale Wildlife Sanctuary, which are a treasure trove of biodiversity,” the DFO said. (DIPRO)