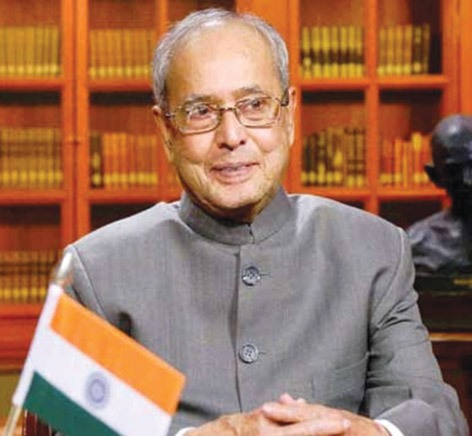 NEW DELHI/ITANAGAR, Aug 31: Pranab Mukherjee, former president and a stalwart of Indian politics, breathed his last on Monday in an army hospital in Delhi. He was 84.

Mukherjee had been admitted to the hospital on 10 August, and a health bulletin on Monday morning said he was in a deep coma and on ventilator support. His death was announced by his son Abhijit Mukherjee.

“With a Heavy Heart, this is to inform you that my father Pranab Mukherjee has just passed away in spite of the best efforts of Doctors of RR Hospital and prayers duas and prarthanas from people throughout India! I thank all of You Folded hands,” his Abhijit tweeted.

The former president was admitted to the hospital in Delhi Cantonment on 10 August and was operated the same day for removal of a clot in his brain.

He later developed a lung infection.

Arunachal Governor BD Mishra deeply mourned the passing away of Mukherjee, and said that “in his demise India has lost a towering statesman who made immense contribution in the political field of independent India.”

“A scholar par excellence, Mukherjee will be remembered for his integrity and compassion. He was admired across the political spectrum and by all sections of society,” the governor said in a condolence message.

On behalf of the people of Arunachal, Mishra conveyed heartfelt condolences and prayed for eternal peace of the departed soul.

Expressing shock and grief over the passing away of the former president, Chief Minister Pema Khandu in a condolence message said: “I am deeply shocked and saddened by the sad demise of former president of India Pranab Mukherjee. India has lost a legendary leader and statesman. My deepest condolences to the bereaved family, and may his soul rest in peace.”

Khandu remembered Mukherjee as a “quintessential seven-time parliamentarian” who had started his political journey as a member of the Rajya Sabha in 1969.

“Mukherjee was a formidable political strategist, draftsman and parliamentarian with an astute legal mind. Elected India’s president in 2012, Mukherjee will always be remembered for leaving behind the legacy of a president who spoke his mind to the government and yet kept the bridges and friendships intact. People of Arunachal Pradesh will always be indebted to him for having a soft corner for the state throughout his political career,” Khandu said.

Legislative Assembly Speaker Pasang D Sona in his condolence message said, “I’m deeply saddened by the news about the passing away of Pranab Mukherjee. He was a great son of the soil.”

“His contributions to the nation will always be remembered,” the speaker said, and conveyed his heartfelt condolences to the bereaved family and prayed for eternal peace of the departed soul.

“The nation has lost a great visionary leader, thinker, intellectual, policymaker, statesman and a great human being,” APCC president Nabam Tuki said in a condolence message, and recalled Mukherjee as “a thoroughly seasoned parliamentarian, a tall and multidimensional figure of Indian politics.”

“His contributions to the Indian National Congress party in various capacities during his political tenure and his distinguished service towards the nation as the president of India from 2012 to 2017 will always be remembered,” the APCC said, and conveyed heartfelt condolences to the bereaved family. (Agencies/sources)