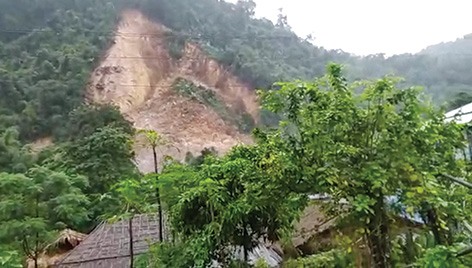 Rainfall-triggered flashfloods and landslides on Thursday washed away the bridge over the Ego river, which was the lifeline for Leparada district.

As per Leparada SP Pem Norbu Thongdok, a huge landslide occurred near the Ego bridge and the two persons went missing.

“A team was immediately sent, but we could not reach the area due to multiple slides on the way. A team of police and magistrates will be dispatched tomorrow to try to reach the site on foot from the first block point,” the SP stated.

Meanwhile, Basar EAC Murnya Kakki on Friday informed this daily that he had received information late in the evening that the bodies of both men have been retrieved.

The EAC also informed that road communication to Dari circle has been completely cut off by landslides.

Authorities also informed that the road from Basar to Likabali is blocked at several points.