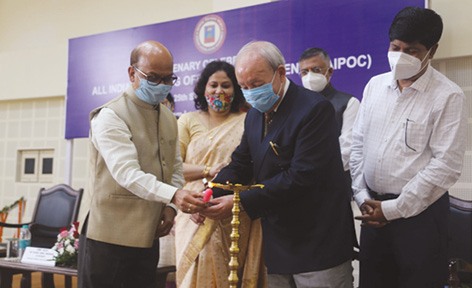 Thongdok was delivering a speech on ‘Independence of state legislative assemblies and parliament procedures’ during the centenary celebration of the all India presiding officers’ conference, held at the Assam legislative assembly here.

Emphasizing the need for “reforming the function of the government,” the former speaker advocated “review of rules of procedures in the parliament and legislative assembly for holding longer and frequent sessions.”

Thongdok also suggested that “there should be unfettered freedom in speech and vote of legislatures, notwithstanding affiliation of a private member to a party, except in extreme contingency of instability, in which case the votes of the members should be constrained as per the 10th schedule.”

Earlier, Lok Sabha Speaker Om Birla in a video message informed the house that the centenary celebration will continue till next September to mark 100 years of the institution of presiding officers.