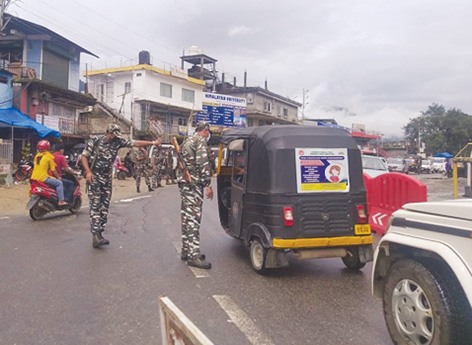 ROING, Sep 25: A fine of Rs 500 per person was imposed on 193 people for not wearing facemasks in public places during a drive conducted by the Lower Dibang Valley district administration in the market area here on Friday.

Twelve teams led by executive magistrates were formed and placed at various locations of the market area to check shopkeepers and public who flouted the rule.

The administration had earlier advised the people to wear a facemask while going out in public to stop the spread of Covid-19 in the district. It said it will conduct more penalty drives in the future.

In the Itanagar capital region, 72 persons were fined

Rs 500 each for not wearing facemasks during a checking drive carried out by the police in Itanagar and Naharlagun.

On Thursday, more than 100 violators had been challaned for not wearing masks and for spitting in public.

ICR DC Komkar Dulom said that the drive will continue “till people learn to abide by the rules set for the safety of everyone.” (DIPROs)