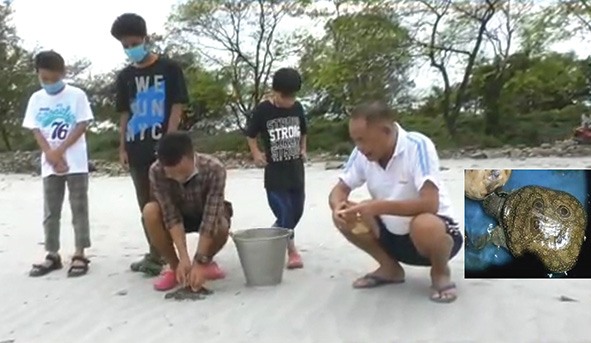 PASIGHAT, Oct 27: One peacock soft-shelled turtle rescued from near APP Colony here in East Siang district by a group of children was released into the Siang river last Friday.

Later, the students along with DFO (T) Tashi Mize released the rescued turtle on the same day in the river. (DIPRO)