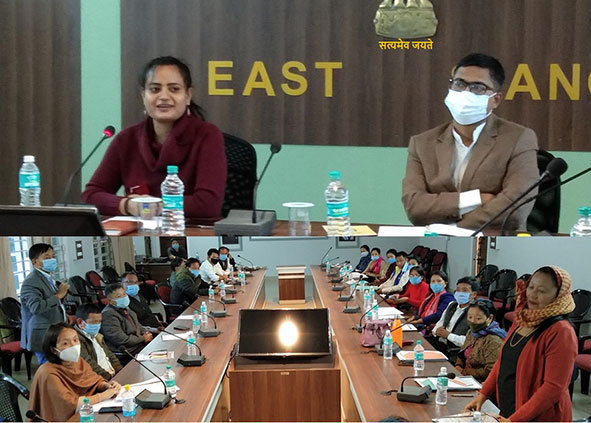 PASIGHAT, 8 Dec: East Siang DC Dr Kinny Singh and the general observer (GO) for the Pasighat municipal election, Santosh Kr Rai on Tuesday held discussions with the contesting candidates of the political parties regarding the model code of conduct (MCC), and urged all to follow the rules strictly for smooth conduct of the municipal election.

Rai asked the candidates to seek prior permission from the designated officer “for conducting any election-related issue,” and briefed them on the instructions and guidelines issued by the State Election Commission for the municipal election.

The DC informed that “officers and officials have been assigned duties in a time-bound manner to ensure adequate preparation for smooth conduct of the election.”

Stressing on adhering to the MCC, Dr Singh said that violation of the MCC would not be allowed at any stage of the election process, and sought cooperation from the political parties to “uphold the tradition of peaceful polls in the district by participating in a transparent and non-violent manner.”