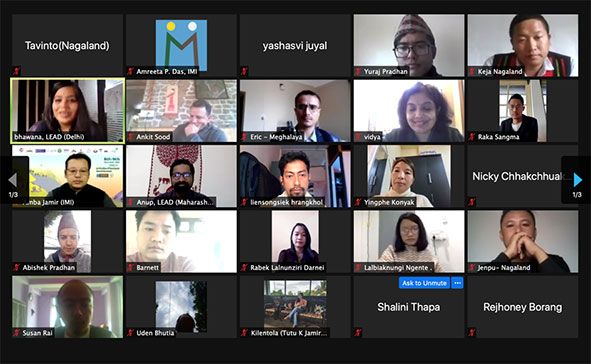 DEHRADUN, 8 Dec: The 9th sustainable mountain development summit (SMDS) began with the inauguration of the third Indian Himalayan youth summit in the capital city of Uttarkhand here on Tuesday.

The youth summit was specially organized to empower the mountain youths, and improve the quality of life and livelihood in the mountain states.

The summit is being hosted by the state chapter of the Integrated Mountain Initiative, the sustainable development forum here in Uttarakhand.

Various speakers, including Dr Yuka Makino, coordinator, Mountain Partnership Secretariat, FAO, Rome, shared inspirational stories of success and left a message for the youths on the importance of focusing on their potential and not on failures. They urged the youths to push forward and never give up.

Prior to the inaugural session, a special two-hour session was held on ‘Mindfulness’ by LEAD-India. It basically dealt with training the mind towards critical thinking and resolving issues.

The pre-summit event was attended by delegates and participants from all the Himalayan states and union territories, besides people from different walks of life.

The winners of the Himalayan photography contest, which has been a regular feature of the SMDS, were also announced.

Chinmaya Shah from Uttarakhand won the contest, while Stanzin Khakyab from Ladakh and Nawami Gurung from Darjeeling won the second and third position, respectively.

On Wednesday, the youth delegates from various Himalayan states will further deliberate and propose a set of recommendations for consideration before NITI Aayog CEO Amitabh Kant and the Centre’s chief economic advisor Sanjeev Sanyal.

These events are held annually, and this year the event is being held in the virtual mode.