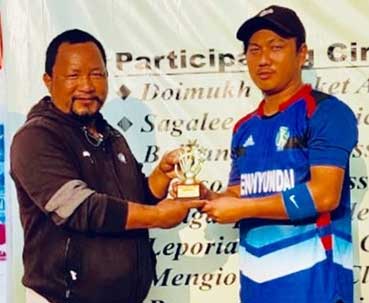 DCA reached the target in the first delivery of the 16th over, after the team was handed a paltry target of 80 runs to chase down by Leporiang.

Teshi Tiku, who took five wickets for 13 runs in 3.3 overs, won the man of the match award.

BCA bowled out Balijan for a paltry 42 runs after setting a moderate target of 166 runs to win.

Arun Camdir Teli of Balijan was declared man of the match for his all-round performance. Teli took four wickets for two runs in three over and contributed 33 runs to the team’s total.