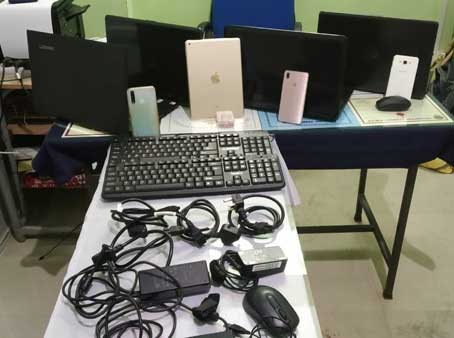 ITANAGAR, 15 Jan: The Capital Police have cracked a theft case by apprehending two juveniles within 48 hours.

In a release, the capital police informed that on 13 January, a citizen from Division-IV, Senki Park area reported about a theft at her residence by two boys, which was captured in the CCTV.

Accordingly, a case was registered and endorsed to SI Kenter Tacha for recovery of a stolen phone and laptop.

Later, with the help of the complainant, the police team identified and apprehended the two juveniles -one from DN College area and another from Nerba Colony.

Both are allegedly habitual offenders and were involved in many theft cases that took place earlier, the police stated.

They disclosed that the stolen HP Laptop was sold to a staffer of the Meat & Eat Restaurant in Ganga at the cost of Rs 1000 while the Samsung mobile phone was recovered from their possession.