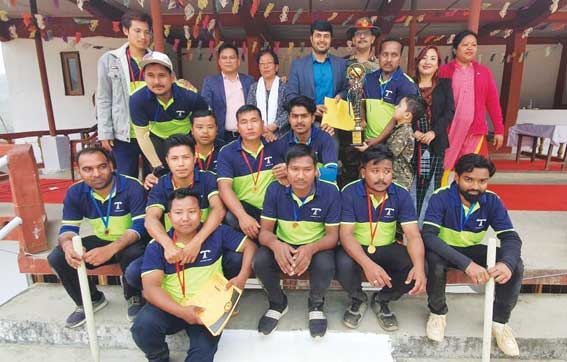 Chasing the target, Speaker XI were all out for 63 runs in 14.4 overs, informed Changlang DSO Noah Mongku.

Ananto Hajong was adjudged the man of the match.

Damtum Bagra, who scored 147 runs and took eight wickets, was declared the man of the series for his all-round performance. Rakesh Tamang became the highest wicket taker with 13 wickets in his kitty.

The winning team was awarded Rs 1 lakh, while the runner-up team was given Rs 40,000.

The man of the series and the highest wicket taker were awarded Rs 10,000 and Rs 6,000, respectively, while the man of the match was awarded a trophy.

Forty-four teams from TCL districts participated in the tournament.

The opening ceremony on 28 January was attended by MLA Wanglam Sawin.