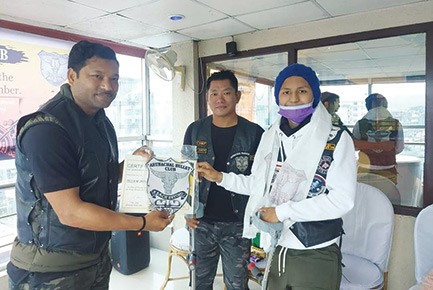 Pongte and Narah, both now provisional members of the ABC, were provided with membership certificates in a small ceremony.

Narah is battling osteosarcoma, a rare kind of bone cancer diagnosed in one out of 10,000 children.

He was diagnosed with the disease in March 2020 through a biopsy test and taken to Kolkata for further treatment during the peak of the Covid-19 pandemic in June last year.

After spending a month in Kolkata, Narah is currently taking chemotherapy treatment and has undergone seven cycles of the treatment so far.

Narah was given the honorary membership by

the ABC for bravely fighting cancer since the first day he was diagnosed with the disease.

Meanwhile, Pongte was given the honorary membership in recognition of his services to society in terms of initiating a movement against the drug menace and working rigorously for youth empowerment.