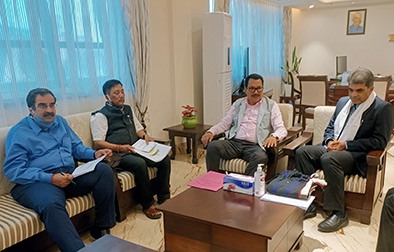 ITANAGAR, 17 Mar: Deputy Chief Minister Chowna Mein has urged the Rubber Board of India (RBI) to revive the rubber plantations in the state in order to boost the economy of the people.

He urged the RBI to made subsidy available to the farmers and increase their activities by conducting workshops in order to restore the lost confidence of the people on rubber cultivation.

Agriculture Minister Tage Taki also urged the board to encourage the farmers of the state to grow rubber crop.

He stated that the rubber plantation has drastically fallen down citing that the agriculture department in the last few years has grown around 1,73,000 rubber saplings, but there were very less takers as most of the people were reluctant to grow the crop.

Advisor to Minister of Agriculture, Gabriel D Wangsu also urged to bring back the interest to grow rubber crop among the people of the state while doing away with various fears associated with it.