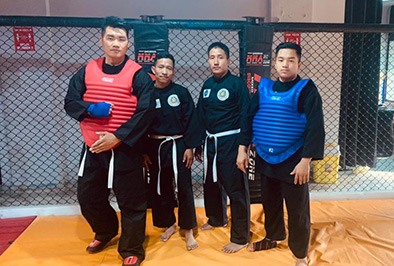 ITANAGAR, 19 Mar: A five-member contingent from Arunachal has been selected for the National Pencak Silat Championship 2020-21 to be held from 24 to 31 March in Srinagar in Jammu & Kashmir.

Pencak Silat is the indigenous martial arts/sports of Indonesia and Malaysia. It is a non-aggressive martial arts, comprising self-defence, physical fitness, sports, dance and acrobatics. It is recognized by the central youth affairs & sports ministry, the Sports Authority of India, the School Game Federation of India, the All India Universities Game and the All India Police Game.