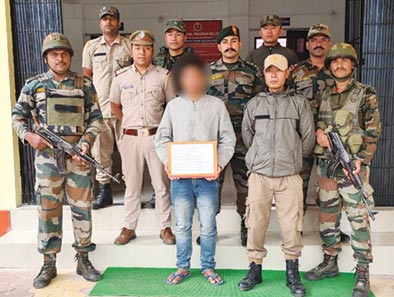 MIAO, 1 Apr: Members of insurgent outfits active in Tirap, Changlang and Longding districts continue to give up their armed struggle and join the mainstream to lead normal lives. In recent months, several operatives of different outfits have surrendered.

This is the second such surrender within a short span of time. Earlier, one NSCN (K) operative, Matkham, from the same village, had surrendered before the police and security forces on 9 February.

The Indian Army and the police are regularly urging underground operatives to surrender and join the mainstream or face the consequences.