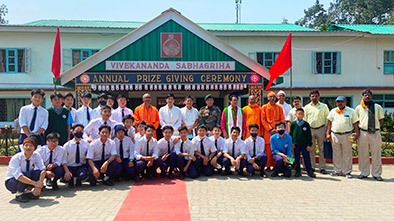 During the event, the DC handed over awards worth Rs 2 lakhs to the students.  Wangcha Rajkumar Government College, Deomali principal Tashi Talo handed over the academic prizes of the session 2019-20.