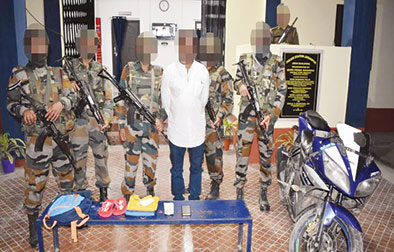 KOHIMA, 10 Apr: One overground worker (OGW) of the NSCN (K-YA) was apprehended from Jairampur market in Changlang district on Friday by security forces in a joint operation with the police department.

Based on a specific input, security forces along with personnel of the state police apprehended the person and seized one motorcycle and Rs 18,500 in cash from his possession.

The OGW has been handed over to the Jairampur