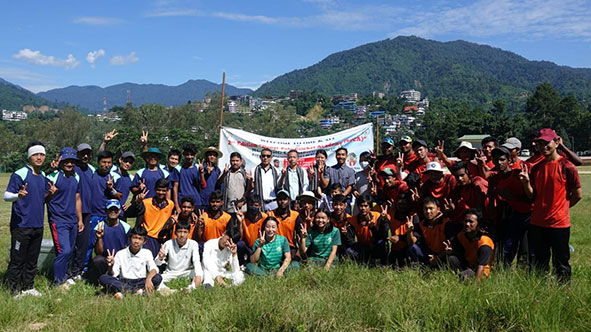 Vivek in his inaugural address spoke about the calendar events, and encouraged the players to maintain their physical fitness and be mentally strong.

He said that the ACA would shortly establish an “international standard stadium and indoor academy.”

Lala urged the district cricket associations and the affiliated bodies of the ACA to keep organizing such tournaments, while Roger commended the initiative to organize the tournament for the benefit of the cricket players across the Itanagar capital region.

On the opening day, the Kameng team won the toss and set a target of 213 runs in just 42 overs, with Chandan Kr Singh hitting 98 runs and Song Tacho contributing 45 runs. Techir and Nikhil Singh scalped three wickets for the Lohit team, while Suraj Tayam, Neelam Obi, Bamang Chungnia and Kripal Singh took one wicket each for the Lohit team.

The Kameng team won the match by 16 runs. Chandan Kr Singh was given the man of the match award.