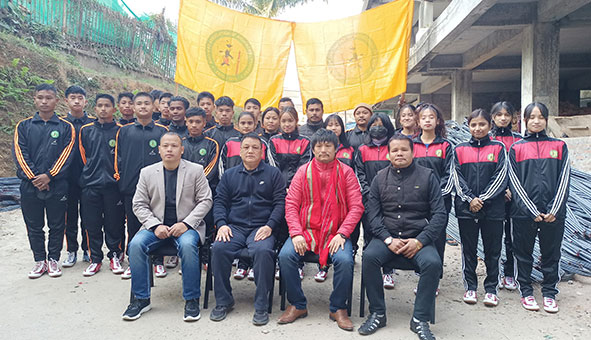 ITANAGAR, 23 Dec: A 27-member kho-kho team from Arunachal Pradesh has left for Jabalpur in Madhya Pradesh to take part in the 54th Senior National Kho Kho Championship (Women & Men), to be held from 26-31 December.

Sports Authority of Arunachal Chairman Byabang Taj flagged off the team early on Thursday morning, and motivated the players to bring laurels to the state.

He meanwhile informed that “anyone who is taking part in national and international level events should have to report to the SAA through proper channels to avail any benefits.”

Kho Kho Association of Arunachal Pradesh general secretary Puto Bui said that this is the second time that the state’s kho-kho team is taking part in a national event. Earlier, the state’s team had participated in Odisha.