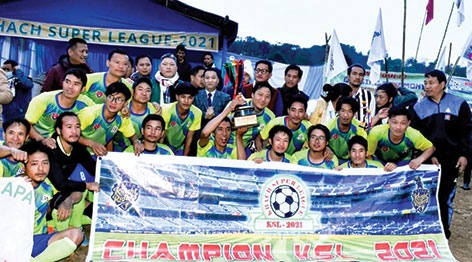 Likha Nega and Neelam Nikil scored a goal each for the winning team.

Neelam Nikil and Likha Nega (of NHFC) were awarded the best player and the highest scorer prizes of the tournament.