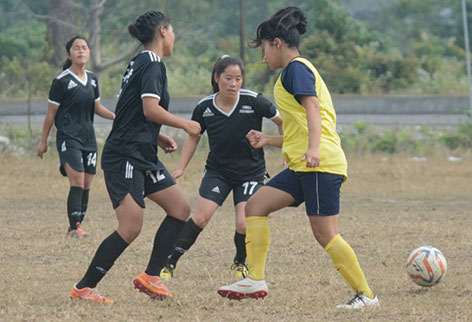 Leparada will take on Kurung Kumey in the first quarterfinal, while Kamle will play against Kra Daadi in the second quarterfinal.

Shi-Yomi will face Lower Subansiri in the third quarterfinal before Capital Complex take on Lower Siang in the fourth quarterfinal.

All the quarterfinal matches will be held on Saturday.

On Friday, five matches were played.

East Kameng defeated Longding 5-0 in the first match played at Jubilee ground. The second match was played between Papum Pare and Anjaw, and Papum Pare won the match 8-0.

At the IGGC ground, Capital Complex defeated Upper Siang by a solitary goal, while Lower Subansiri prevailed 2-0 over East Siang.

At the GHSS ground, Lohit beat West Siang by 5-0 goals and Lower Siang edged past Kamle 1-0.