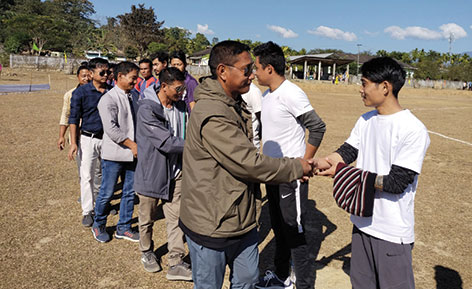 The Pasighat team batted first and set a target of 69 runs in the allotted 20 overs, losing all wickets.

The Mikong team reached the target in six overs.

Twenty-four teams from Arunachal and Assam are participating in the tournament.

The final is scheduled to be played on 17 January, according to the organizers.

The champion team and the runners-up teams will be awarded cash prizes.

Attending the opening ceremony, public leader Jacob Paron urged the youths to give equal importance to sports and academics.

Stating that the younger generation is not interested in sports activities, Paron urged the school teachers, leaders and parents to “encourage them in games and sports and help them in building careers out of them.”

Puna Hinda Construction Company’s project manager Milo Richo advised the players to make good use of the tournament to show their talents as well as promote the sports in the district.