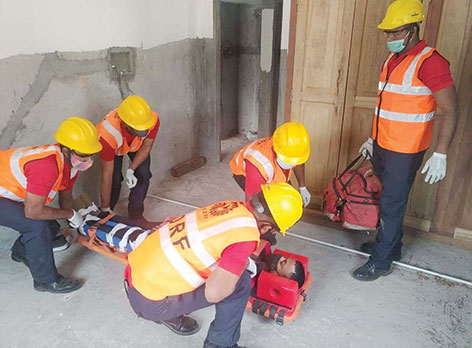 The location of the 2,000 mw dam is in a high seismic zone (V). The mock drill was aimed at generating awareness among the employees and the people residing in the project area.

SLHEP Executive Director Vipin Gupta was the incident controller of the joint mock exercise in which more than 200 people, employees of the project, local people and personnel from the Assam Police participated.