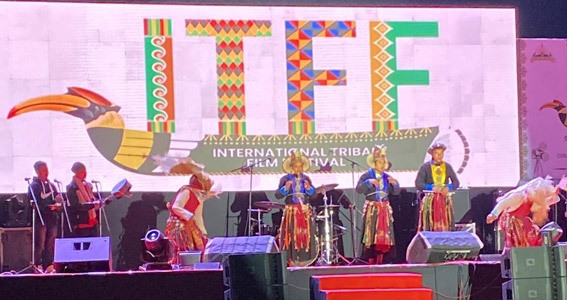 He also mentioned that “the Film Development Corporation is to be started by the filmmakers, and the government is ready to support it,” and credited the young generation for this success.

Simai also remembered late Taro Chatung, who was a pioneer from the state in this field.

Sangey Tsheltrim of Radhe fame, from Bhutan, thanked the department for inviting him and expressed hope for Arunachali-Bhutanese film collaboration in the future.

Later, Sijou, a movie based on the old slavery practice in the India-Bhutan border area was screened, followed by a performance by renowned singer Joi Barua.

The first day’s event was attended by many national award winning filmmakers from the Northeast. (DIPR)