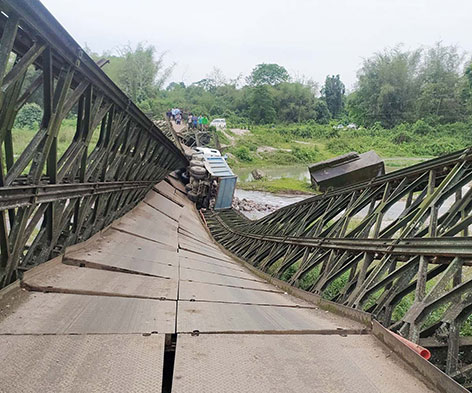 The weak bridge collapsed when a boulder-laden dumper truck was crossing it at around 9 am. The driver escaped unhurt, the villagers said.

Supply of food, medicines and other essential commodities to these villages is likely to be affected during the coming monsoon as there is no alternate route to reach Mebo-sub divisional headquarters or Pasighat.

The locals are demanding Mebo MLA Lombo Tayeng and officials of the public works department to take prompt initiative to restore road communication by constructing a sub-way. They also demanded re-construction of the collapsed bridge immediately.

The locals alleged that due to the apathy of the authority, the decades-old bridge was in a dilapidated condition. It was left unrepaired for several decades, they said.