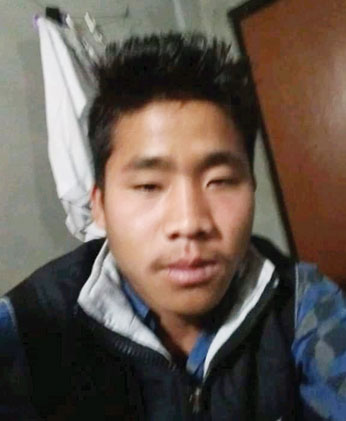 LONGDING, 13 May: The police here are currently working to ensure safe return of Alai Wangsu, who was kidnapped by NSCN (K-YA) operatives on Thursday from Pumao village in Longding district.

According to the police, Alai Wangsu, a ranapio (caretaker) of Pumao village, was forcibly kidnapped from his house by five NSCN (K-YA) operatives, led by Wangsaham and Wangnow, in the midnight of 9 May.

The NSCN (K-YA) operatives had come to Pumao village from Pukha village in the neighbouring state of Nagaland and later took Alai towards Zangkham village in Nagaland.

The police informed that the insurgent group is demanding Rs 5 lakhs as ransom for Alai Wangsu’s release.

The insurgent group had accused the villagers of helping one NSCN (K-YA) operative, SS corporal Khampai Wangsu, who had earlier fled from the faction, taking with him an AK-47 rifle, and then joining the NSCN (U) faction.

Currently, Khampai Wangsu is under judicial custody of the Longding police.

“As of now, the insurgent group operatives have taken Alai Wangsu towards Longwa village under Mon district of Nagaland. However, negotiation is going on for the release of the abducted youth from NSCN (K-YA)’s captivity under the supervision of district police and security forces,” informed the police.