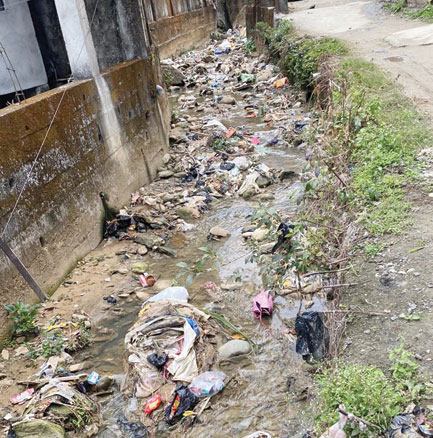 ITANAGAR, 13 May: The National Green Tribunal’s (NGT) Kolkata (WB)-based eastern zone bench on Wednesday directed the Arunachal Pradesh State Pollution Control Board (APSPCB) to file a fresh affidavit “indicating the nature of violations and the action taken report against each of the non-compliant unit, such as hotels, automobile workshops, garage, etc, in Itanagar and Naharlagun who have failed to pay environmental compensation charges (ECC) for grossly violating the environmental norms by installing effluent treatment plant (ETP) or sewage treatment plant (STP) in their respective units.”

The direction comes following the hearing of a petition filed by activist and lawyer SD Loda against the union of India and the state government over unmindful pollution of the Senki river in Itanagar. In his petition, Loda alleged that the sewage generated in Itanagar city is             flowing untreated into the Senki-Pachin stretch, downstream of the Senki river.

According to the APSPCB, “54 units, including hospitals, hotels, automobile workshops and garages in Itanagar and Naharlagun have failed to install ETP and STP in their respective unit.”

The state pollution control board informed the NGT that, out of 54 units, seven units, including the RK Mission Hospital in Itanagar, Devyani International (KFC) in Itanagar, the KFC in Naharlagun, Hotel Tosum, Hotel Arun Subansiri, Iconic Automobile Servicing Station in Naharlagun, and Camdir Toyota Automobile Servicing Station have complied with the board’s show cause notice by installing ETP and STP in their outlets.

The board further informed that 32 units (25 hotels and seven automobile workshops and garages) located in Itanagar and Naharlagun have been directed to pay ECC for failing to install ETP and STP, “out of which 17 units deposited their respective ECC amount total Rs 5,90,250.”

The NGT sought the details of the action taken against the hospitals, hotels, automobile workshops and garages which are operating without installing ETP and STP.

The NGT also directed the Itanagar Municipal Corporation (IMC) to file a fresh affidavit “without withholding facts from the court and fix specific timelines for completion of each project.”

The environmental tribunal said that the IMC has not disclosed the total quantity of solid and liquid wastes generated per day in Itanagar and Naharlagun, “and thus the IMC affidavit is deficient in facts and current status.”

“This affidavit, however, does not disclose what the total quantity of solid waste/liquid waste generated per day in the Itanagar Municipal Corporation is, and therefore this affidavit is deficient in facts and current status. If the municipal commissioner is appearing before us today, we expected him to have filed his updated affidavit, which he has not done,” the NGT observed.

The IMC in its affidavit filed on 18 January had informed the NGT court that a “100 kld capacity STP, along with centrally located septage tanks for Itanagar town have been approved.” It also stated that “one STP of 100 kld with sewerage networking capacity of 3.0 mld is coming up in Naharlagun, which will cater to 4,000 households in the first phase.”

“The only reason for delay in implementation of STPs is Covid-19. It is also stated that work for construction of both the STPs in Itanagar and Naharlagun has been started by the corporation under the Atal Mission for Rejuvenation and Urban Transformation scheme,” it said.

The CPCB also alleged that the municipal body “is found to be least bothered to comply with the rules and even found Covid-19 waste with other solid wastes before dumping in a hill slope without any treatment.

“The civic body is allowing burning of solid wastes, including plastic wastes, in front of commercial establishments like automobile workshops, public parks, etc. It also fails to restrict the dumping of solid wastes directly into the river in Itanagar and Naharlagun,” the CPCB claimed.

The NGT will hear the matter on 14 July.